Since he launched his career as a Lawrence County assistant district attorney 39 years ago, Minett successfully sent more than 100 murderers to prison, many for life, and most by jury trials.

Minett, 69, said farewell to his nearly career-long post in the district attorney’s office on Dec. 31, leaving in his wake a legacy of successful prosecutions of notable, heinous criminals, but murderers were his forte.

Cox and Minett, as assistant district attorneys in the 1980s, partnered together on homicides for 16 years before Cox became a judge.

Minett was respected in the courtroom for his calm and collected demeanor, attention to detail, keen preparation of cases and solid presentation of evidence. His closing arguments persuaded many juries to return guilty verdicts, giving closure to thousands of family members and friends of deceased victims.

“It’s been an amazing run for me,” Minett said. “I never expected to be in this line of work.”

Minett singled out one of his most significant cases as that of Salvador Carlos Santiago, one he and Cox co-prosecuted. A Lawrence County jury found Santiago guilty of third-degree murder in the Jan. 15, 1985, killing of 20-year-old Dean O’Hara on Route 422 near the New Castle School of Trades in Pulaski Township.

Santiago went on a three-day spree, also shooting and wounding a woman at a Sharon bus terminal during an armed robbery the next day, and shooting and killing a clerk at a Pittsburgh print shop on Jan. 17.

At first, no one knew the three shootings were related, Minett recalled. But Trooper Wayne Disque of the state police in New Castle was watching the news about the shootings and suggested there was a link between them.

“That proved to be true,” Minett said. “It was good state police work. When the Pittsburgh police interviewed Santiago, we had gotten ahead of them.”

The publicity of the cases attracted so much attention that the courts granted a change of venire for Santiago’s trial in Lawrence County, and a jury was brought in from Dauphin County. It was the first murder trial for Lawrence County Judge Francis X. Caiazza, who went on to become a federal magistrate judge.

When the verdict was delivered, the jurors were polled, one wavered and said, “not guilty,” nearly causing a mistrial, Minett recalled. But Cox recognized that by law, the jurors could return to deliberate further, and they returned with an all-guilty verdict, Minett said.

When Santiago stood trial in Allegheny County for the print shop murder, he was convicted and sentenced to death. His death sentence was overturned in 2004, and at age 57 he is serving a life sentence at the State Correctional Institution at Greene County.

Minett worked as an assistant district attorney in Beaver County from 1977 until Lawrence County’s former DA, William Panella, recruited him in February 1982.

“He turned out to be one of the best attorneys I’ve ever seen,” Panella said. “He was always well prepared.”

Minett and Cox worked homicides together on 32 cases during Panella’s 16-year tenure “and we won 31,” he said.

State police Cpl. Randy Guy, a homicide investigator, sat alongside Minett on some of the cases.

“He’s always been very professional and a pleasure to work with,” Guy said. “I’ve worked dozens of cases with him.”

Guy recalled their most significant was the Frederick DeAngelo Swillings murder in North Beaver Township by a conspiracy of four suspects. Swillings, formerly of Detroit, was shot to death and left by a roadside the day before his 25th birthday, on May 1, 2015. All four defendants — Ryan Avery, the gunman Ricardo Aponte and Melissa Sue Aponte — pleaded guilty and are serving state prison sentences

One homicide case that left Minett rattled was that of Donelle DeSellem, accused of killing her toddler son in 1989 by shaking and physically abusing him. Minett’s own son was around the same age, and he remembered seeing a photo of her son wearing a Dallas Cowboys T-shirt, and that disturbed him. DeSellem was convicted of third-degree murder.

Minett remembers having gone to the crime scene with Cox when Bonnie Lou Dryfuse, her young daughters, Jacqueline Mae Dryfuse and Heather Sue Dryfuse and their cousin, Stephanie Herko, all were found stabbed to death inside of a mobile home on Ambrosia Road in Pulaski Township. The case made national news and Thomas “Hank” Kimbell was convicted, then later acquitted and freed from death row. He is since deceased.

“I walked through the house and the deceased were still in there,” Minett said, remembering he saw a wedding ring on the floor. “It was such a gruesome scene.”

Matthew T. Mangino, the district attorney at the time, had a professional conflict in the case with his private practice, and the state Office of the Attorney General took it over after the preliminary hearing.

The last homicide trial Minett successfully prosecuted during his career was that of Leon Platt, convicted by a jury of third-degree murder in the Nov. 16, 2013, Ellwood City shooting death of 28-year-old Richard Hogue of Enon Valley. Platt, 33, is serving a state prison sentence of 22 to 53 years in Albion. Cox presided over that trial as judge.

Since Cox became a judge, Minett has gone before him many times as an attorney.

“He always said I was too hard on him,” Cox said, adding that he felt he needed to be fair to both sides. He recalled that now-retired President Judge Glenn McCracken had heard a lot of the homicide cases previously, “and he always told us the key to being a good trial attorney was preparation. Tom was always very well prepared.”

Minett gained national acclaim in a television interview two years ago on the Oxygen network’s “Snapped” about an Ellwood City crime of passion he had prosecuted. The program told the story of Lisa Marie Jones-Orock and her son, Zachary Christian Jones, who were arrested and pleaded guilty for killing Jones-Orock’s husband by hitting him over the head in an Ellwood City parking lot on Dec. 7, 2014. Jones, who admitted to hitting Orock with a chunk of wood, was sentenced in May 2017, to six to 12 years in prison. His mother was sentenced to four-and-a-half to six years.

“The mother claimed she had been harassed to the limit by her former husband,” Minett said. He agreed to be interviewed for the show so he could provide facts of the case. It still airs on TV and can be seen on demand.

While there is no criteria for what constitutes a bizarre murder, Minett commented, “I think Lawrence County has had its share of them.”

Having also worked part-time for the law firm of attorney Dallas W. Hartman since the early 1990s, Minett said he felt fortunate to have had the freedom to prepare and try so many homicides for the county.

“By 2018, I was doing so many homicide cases I felt I needed help and I was running out of day,” he said.

Minett holds a bachelor’s degree from Slippery Rock State College, where he was on the swim team and spent summers as a Moraine State Park lifeguard. He had held two high school swimming records at Riverside High and aspired to teach history and coach swimming as a career. That was until his swim coach and mentor, Wilma Cavill, encouraged him to consider law school. He enrolled at Ohio Northern University and graduated in 1976.

When Panella hired him, he was one of one of four county assistant DAs, along with Cox and attorneys Howard Klebe and Norman Barilla. Later, Annette Hutchison joined the team and took over the sexual assault cases.

Cox said that when he first teamed with Minett on homicides, “we hit it off and developed a friendship. We complimented each other as far as our skills and weaknesses, and we worked extremely well together.

“There were more than 30 (murder cases) by then,” Cox reflected. “I kept a list of all the names once.”

“He is the most well prepared attorney you would ever want to meet,” he said of Minett. “I always thought they should train young attorneys in the DAs office by letting them sit with him. He would organize everything and keep trial notebooks with everything in them.”

Although they were part-time, Cox remembers them working at nights and into the weekends on cases.

Minett continues his legal work as a part-time attorney for Hartman’s law firm, litigating personal injury cases. He also enjoys a hobby of tracking and photographing eagles’ nests in multiple counties, and occasionally traveling on fishing trips to Canada.

He and his wife, Donna, a retired home economics teacher at Riverside, live in Ellwood City. They have two sons, Ben of Canonsburg, and William of South Hills, a daughter, Elizabeth in Philadelphia, and six grandchildren.

Cox said he hates to see Minett leave the courthouse.

District Attorney Joshua Lamancusa has since taken over the homicide prosecutions, and appellate work is divided among his other assistants.

“He’s an exceptional prosecutor who handled the most serious of crimes in Lawrence County. He’s a consummate professional and a true gentleman,” Lamancusa said. “We can never repay the debt of his service to our community.” 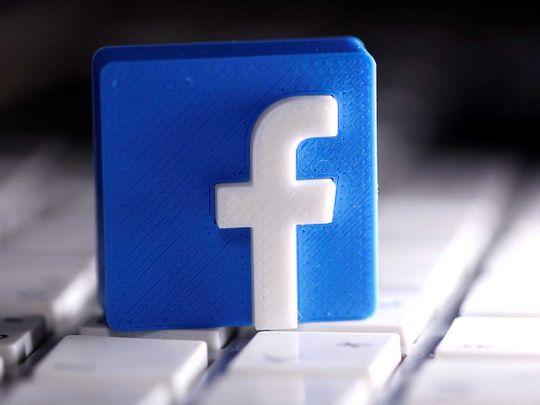